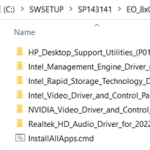 New Combined Driver and UWP-HSA Packs
Author : dan.felman
Starting with Windows 10 and Windows 11, 22H2 Driver Pack releases in December 2022, HP is delivering combined Driver and UWP/HSA driver applications in single Softpaqs. Organizations who inject drivers during imaging will be able to download a single executable that will provide both the device’s hardware enabling drivers along with their corresponding HSA (UWP) control applications.
Read More 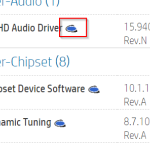 Moving SSM Workflows to HPIA
Author : dan.felman
HP’s System Software Manager (SSM) has helped many IT organizations deliver updates to end user devices for a long time. SSM was deprecated by HP after decades of service and other tools provide different methods for achieving similar results. Here, we are going to review how existing SSM workflows can be replaced with the HP Image Assistant. Syst
Read More 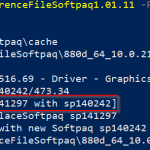 Controlling HP Image Assistant
Author : dan.felman
HP Image Assistant (HPIA) analyzes a system by downloading a daily updated Reference File from HP. However, it can also analyze and take action from a local Reference File (scripting support added in version 5.1.6 - prior releases only allowed this from the GUI). With a properly modified reference file, HPIA would be able to use it to analyze and update a system based on specific
Read More
Read More Blogs

In addition to ending VAV support, we will explicitly prohibit the upload of apps targeting Oreo firmware to App Center (starting on December 1, 2022). This way, you won’t have to wait for VAV results in case you have unintentionally targeted Oreo firmware in your app.

Why end support for apps targeting Oreo firmware?
HP regularly introduces device firmware updates to improve functionality, reliability, and security. This includes major Android upgrades and patches. Oreo is much older and therefore less secure than Android 10 (Platform 29.x) which is now available in firmware upgrades for all devices in the Workpath fleet. By removing VAV support for Oreo firmware, we are able to maintain confidence in the security of the Workpath Platform.

What do I need to do?
* Target Android 10 (Platform version 29.4, Android SDK Version 29) or later as the minimum version supported for any new app uploads.
* Communicate the need to upgrade device firmware to your app’s user community as soon as possible. A table of firmware versions and their corresponding platform versions can be found here.
* Remove older versions of your app with Oreo firmware support from App Center as soon as feasible.

This year's Workpath Partner Award winners were announced last Thursday at the close of the HP PSS Developer Conference 2022 in Boise, Idaho.

Congratulations to this year's winners! 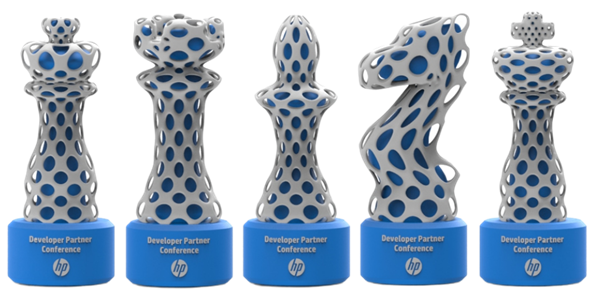 HP is pleased to announce the release of version 1.6 of the HP Workpath SDK and associated Simulator.

Key new features in this version include:

The HP Workpath SDK v1.6 is available on the Downloads page.