When you first walk into Mrs. Hicks 2nd grade classroom in Corvallis, Oregon, a few miles north of the HP site, you don’t immediately realize how different it is, but two words – Growth Mindset – mounted high on the front wall, provide a clue to Shayna Hicks’ educational philosophy. 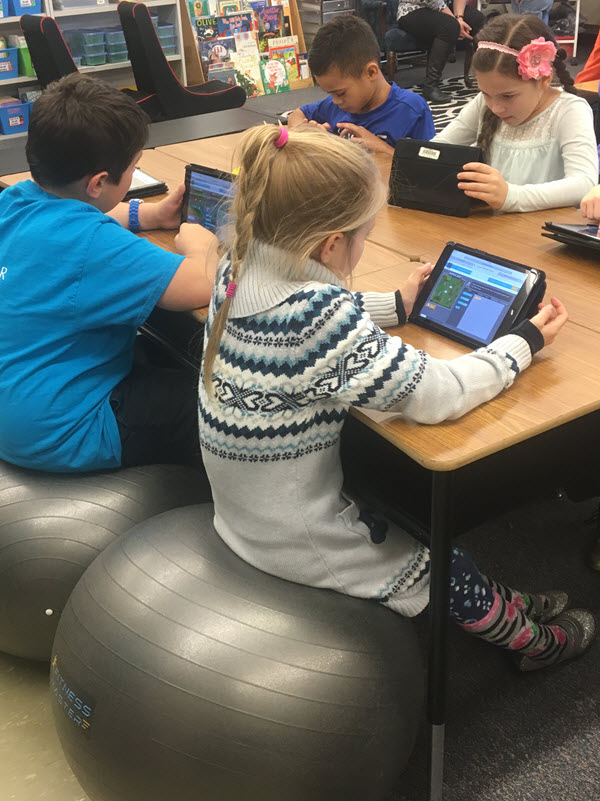 When 25 aspiring coders and computational thinkers come piling into the room after recess, it becomes apparent how unusual Mrs. Hicks’ classroom is. First of all, there are only two plastic school chairs for all those students. When the kids “take a seat,” half a dozen perch on bouncy yoga balls. Others straddle “wobble stools” that Mrs. Hicks bought with a grant from DonorsChoose.org. Across the room is a country oak table with painted white chairs that would look right at home in a grandma’s house. (Hicks found it at a yard sale for $20.)

The classroom has a dozen desks but they aren’t arranged in rows. Instead, they are pushed together to make two communal tables. Two of the students coming into the room decide not to sit at all during the Hour of Code. Instead, they step up to standing desks where they can move all they want and nobody will mind.

Mrs. Hicks, who taught her first class in 1997, is matter of fact about her fidget-friendly learning environment. “My students don’t have to sit still. We encourage them to talk in class, but we never say the word can’t. We always have a Growth Mindset. I’m not aware of another classroom like this in the district.”

Hour of Code’s third year
Into this unconventional setting comes the Hour of Code, an equally non-standard learning initiative put on by Code.org. The goal: teach kids the basics of coding using video games and fun. In just three years, the Hour of Code has made coding cool around the world. This year it is projected to reach tens of millions of students in more than 180 countries. Last year President Obama joined a class in Washington D.C. to help kids code. 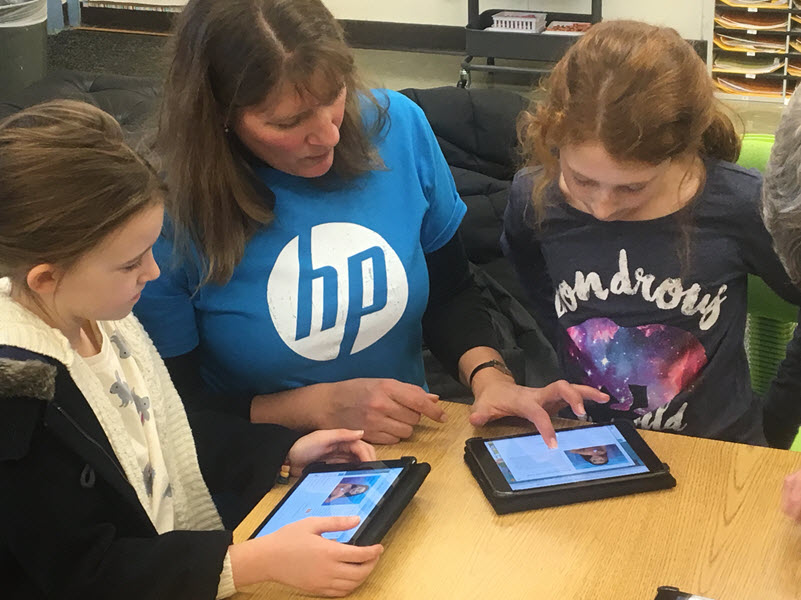 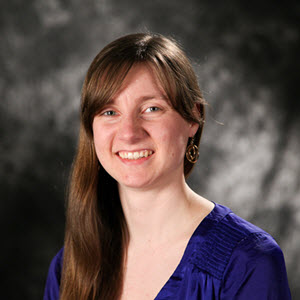 This year in Corvallis almost 90 HP employees volunteered to support teachers in about 70 classes. HP Corvallis is known as a printing hardware site – it practically invented inkjet printing and is now prominent in 3D printing. Consequently, many would-be volunteers wondered if they had the chops to coach code.

“You don’t have to be a software programmer to volunteer for Hour of Code,” Erin Shear, site Hour of Code coordinator, reassured her colleagues.

“HP is interested in increasing the pipeline of young people who are interested in technology and coding,” Shear explained. “Computer Science isn’t taught in grade schools, so kids usually don’t get exposure to coding until they get to high school. We want to get a lot more people interested at a young age.” 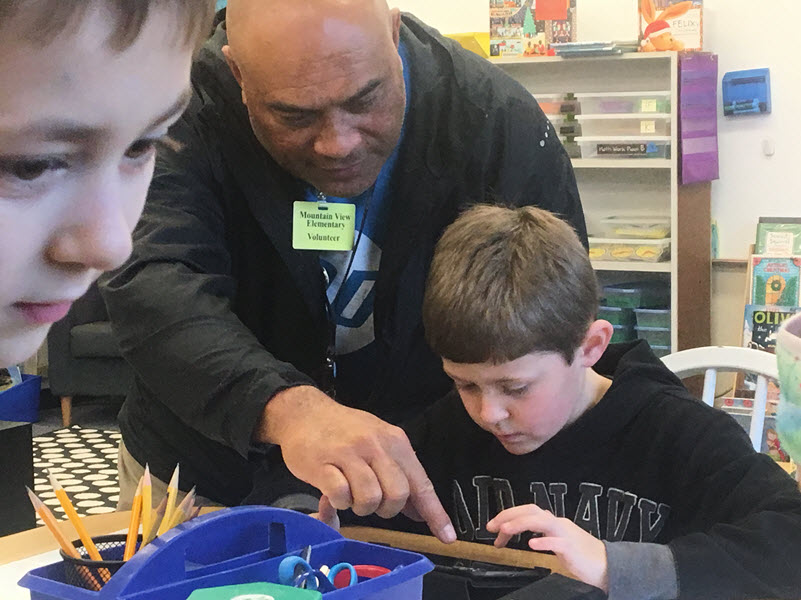 Many of the HP volunteers have a personal interest in the Hour of Code. Their children are participating in the global event. However, Shear, who helps lead the Corvallis site’s Young Employee Network, successfully recruited volunteers who don’t have children. As a woman in a male-dominated field, Shear supports increasing diversity in computer science and engineering. She enlisted her Spanish-speaking friends to assist in schools that offer dual-immersion language programs.

Two HP volunteers came out for Mrs. Hicks’ first Hour of Code class on Tuesday, Dec. 7. Shelley Miller, an HP Talent and Learning manager, brought her husband, Chris, a former HP IT engineer. Their daughter, Miri, is enrolled in Mrs. Hicks’ class. Tevita Hufanga, a production controller, also came out from the site. Hufanga doesn’t code for his work in the HP wafer lab, but he said, “I always look for ways to volunteer when HP asks.”

iPad Minis for each 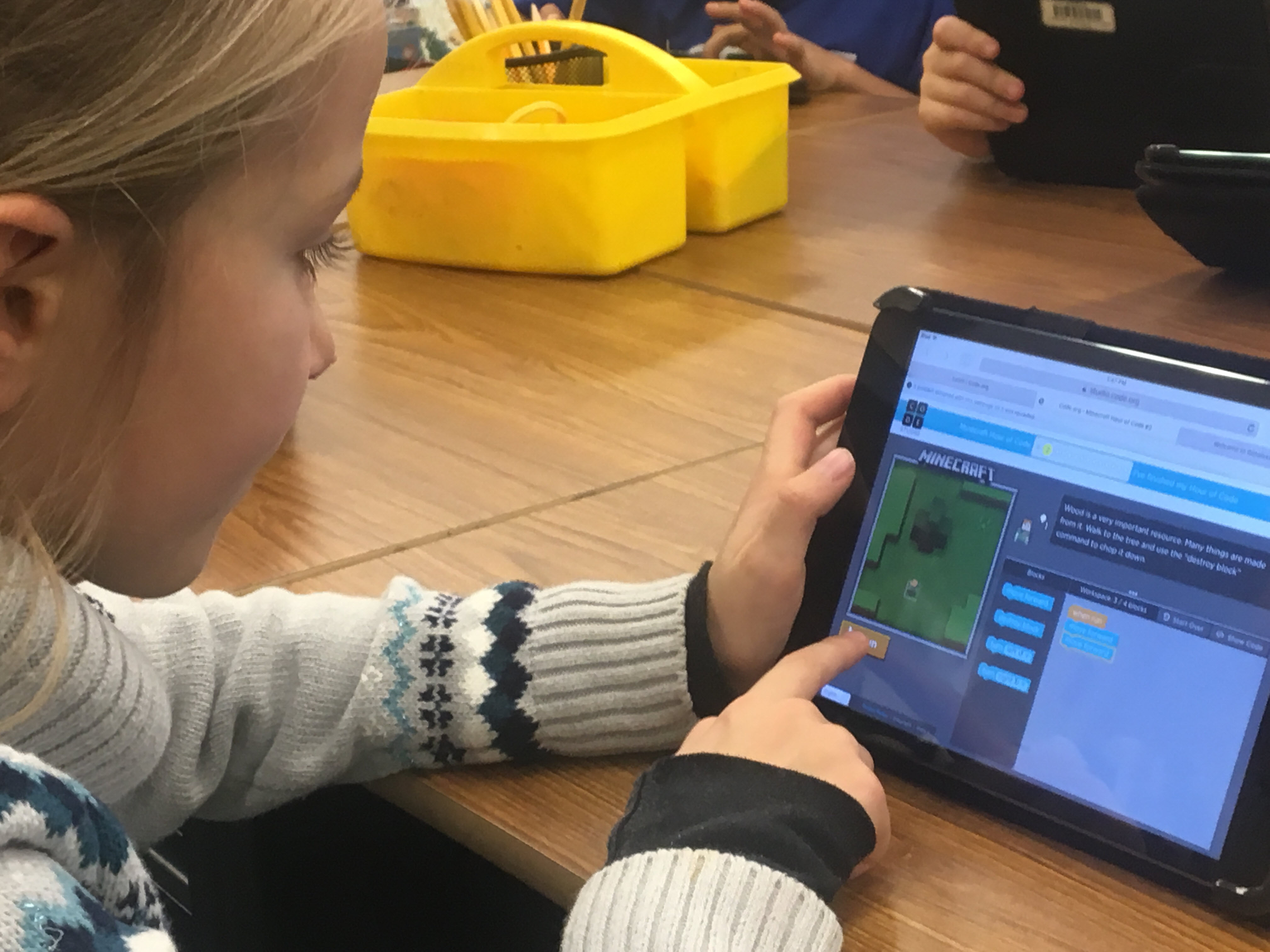 In preparation for her first Hour of Code experience, Mrs. Hicks set up an iPad Mini for each student. On each iPad, she opened a Minecraft game that was designed to teach the principles of computational thinking with an intuitive, touch screen interface. Mrs. Hicks set an iPads at each seat, ball, stool and perch.

“Find the iPad with your name on it,” she instructed the students as they came in from recess. “Today we are going to learn how to code.”

As the HP volunteers moved from student to student offering tips and advice, Hicks was pleased.

“Look at the students’ faces. They are all engaged, focused and on task. They are communicating with each other to solve problems. Nobody is standing up front teaching. They are teaching themselves. They look happy.”

There was a spirit of competition in the room. “I reached Level 7,” announced Quinn. “I’m on Level 10,” Sadie replied.

One student exclaimed, “I did something new!”

Another asked, “How did you do that?” 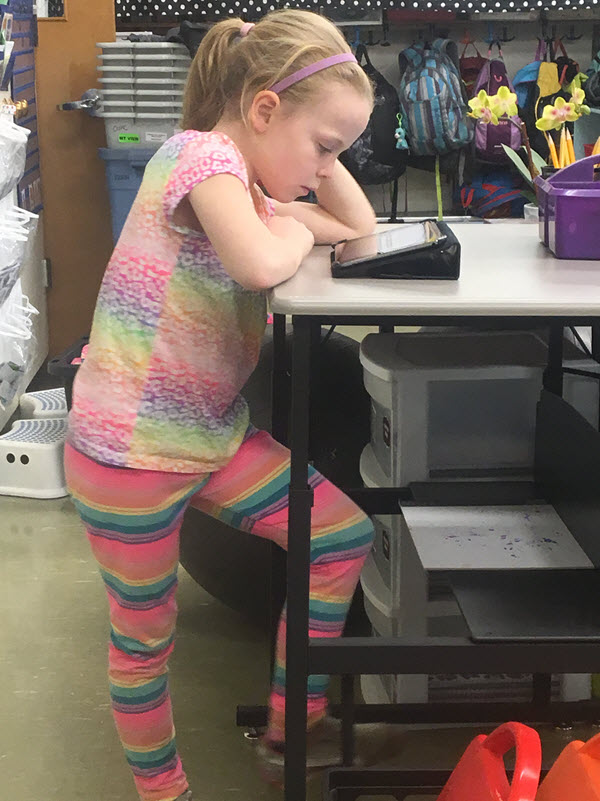 Mrs. Hicks nodded in approval. “No one is giving up. We have a Growth Mindset in this class. That means with a lot of practice, dedication and hard work, we can accomplish things.”

At the end of the hour, HP’s Shelley Miller stepped up to the front of the class.

“Thank you all for learning about code and being such good coders,” she said. “This is something you can do at home on a computer or a tablet. Just go to code.org, and you can keep on learning.”

Hicks instantly saw ongoing potential from this classroom Hour of Code. “I can see them doing this at home and bringing their knowledge back to the class. I can do an Hour of Code once a month for the next five months.”

For students in Mrs. Hicks’ 2nd grade class, this introductory Hour of Code may lead to more hours of coding, an interest in computer science and a lifetime of computation thinking, even if they never write a line of code.

Editor’s note: Another prominent Hour of Code organizer from HP Corvallis is Beth M. in HP Global Human Resources. Beth is the program manager for Global Diversity and Inclusion. She worked behind the scenes on high-level global coordination and promotion of Hour of Code events. 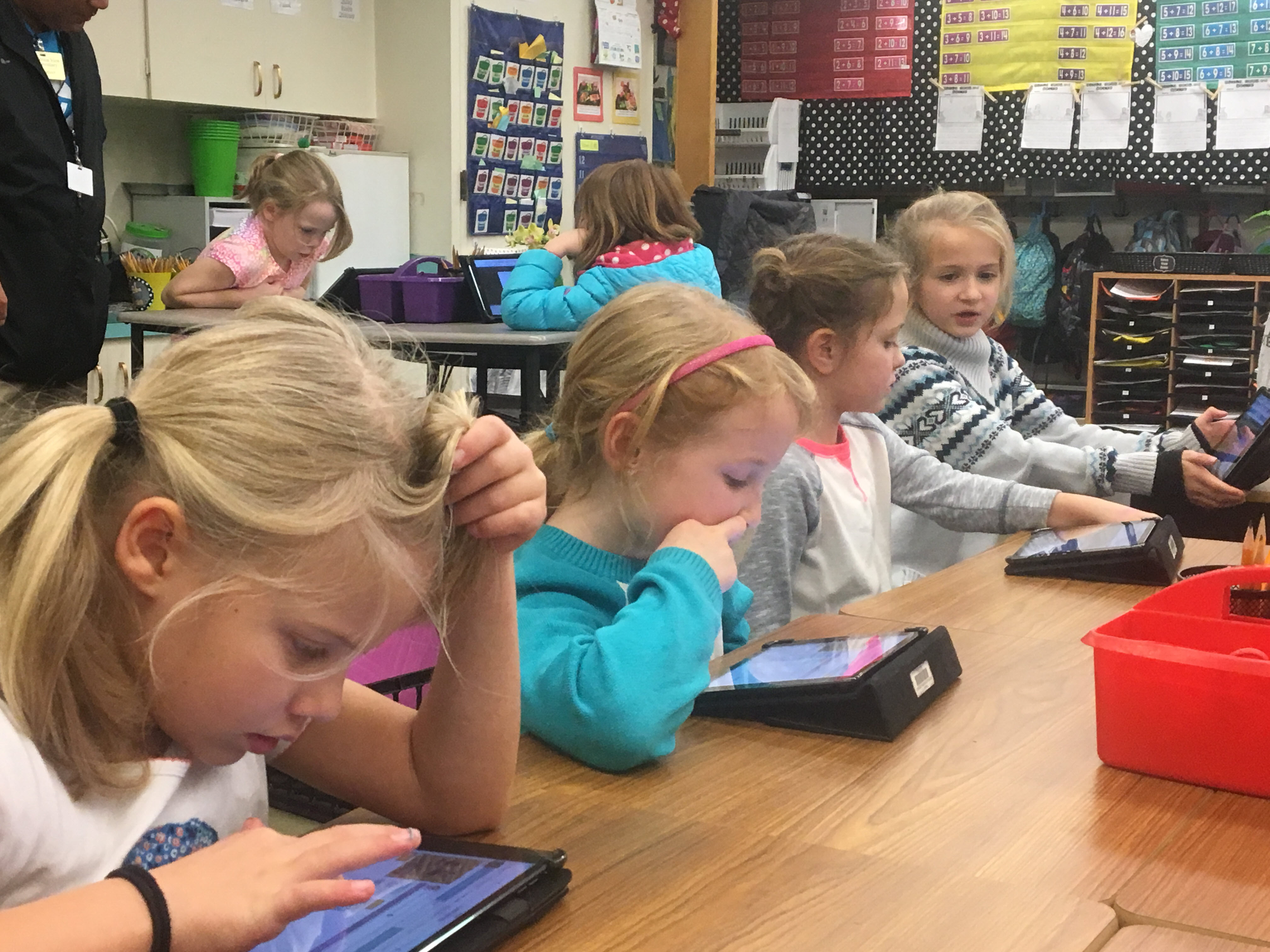