PicCollage users have printed 5 million photos and collages since the app added a Print at Home button 18 months ago.

PicCollage is a Top 10 mobile photo/video app in the Apple store, with 140 million downloads since 2011. PicCollage users around the world are now printing about 10,000 times a day from printers in homes, schools, and even offices. Clearly many PicCollage users want to hold their creations in their hands.

“Free-form collaging and ease of printing is one of the features that distinguishes PicCollage,” said Ching-Mei Chen, co-founder and Head of Business and Partnerships of PicCollage. “We are the only app in the Top 10 Photo/Video category that features printing at home. Our data shows that at-home printing keeps our users engaged longer and boosts orders for photo products like custom-printed phone cases.” 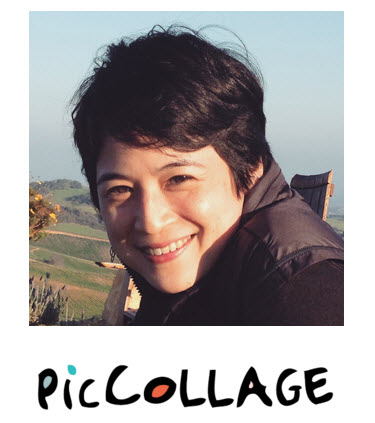 “Since we added home printing a year and a half ago, we have a newfound appreciation for physical collaging and printouts. The trend toward ‘digital photo fatigue’ indicates that people want to see their pictures in real life, too – not just on their screens. PicCollage isn’t just an app that lets you combine five photos and share it on Instagram. PicCollage is a place where you can unleash your creativity. We see teachers, artists and scrapbookers using it in ways we never thought about before. We make it easy for you to print out your collage and hold it in your hand, give it to your dad for Father’s Day, or stick it on your refrigerator.”

With more than a year of printing behind her, Chen shared some of PicCollage’s findings, insights, and surprises:

As part of a redesign in late 2016, PicCollage merged both types of printing (at-home and print-and-ship) onto a single “Print” button. It was a considerable technical challenge, but it didn’t seem to affect printing. Orders, engagement, and retention continued to perk along, with a surge during the holiday season.

As PicCollage approaches its second year with a Print at Home button, Chen considers home printing important to its rapidly evolving strategy. Ease of printing sets PicCollage apart from other apps in the Top 10.

“We are the only leading photo app that features free-form collaging and integrated printing,” Chen said. “We allow users to express their creativity digitally, replicating a physical behavior that humans have been using for decades to express themselves through scrapbooking, sticker collections, photo albums and memory boxes. Being able to easily print out these digital collage creations reconnect us with what we love about our physical collage-making days.”