Will ARKit & ARCore ruin augmented reality for the rest of the industry?

In the 7 years I have been working in the AR industry it wasn't until Pokemon Go came onto the scene that AR finally received the prominence we have been expecting, but with the arrival of ARKit and ARCore, the world really has gone mad! Apple, and now Google, have unleashed their latest tech for developers to start demonstrating what they can do, and so far it seems the possibilities are endless.

A Twitter account – @madewithARKit – has sprung up dedicated to showing the world what can be achieved; from gimmicky examples such as a portal into an A-Ha music video or shooting Space Invaders, to genuinely useful tools such as measuring the dimensions of your kitchen or finding the exact location of a friend. Likewise, the hashtag '#madewitharcore' is starting to pick up traction, and provides a few examples too.

However, whilst this AR tech has been opened up to allow for user-generated content, it has also emphasized the essential role of the developer in this process, whilst further increasing the notion that creating these types of experiences are unattainable for ‘non-techies’.

Are experiences such as WingnutAR setting expectations too high for standard user-generated AR content?

Up until a couple of years ago, AR experiences were generally coded by developers or produced by creative teams using an in-house web or desktop-based AR CMS platforms. In time, the market has been shifting more towards a self-service model, thus helping non-techies to make the transition into AR. As a result, these platforms are enabling people with little or no coding skills to create simple AR experiences, and are successfully reducing the barriers to entry. This move was a wise one because, as we have seen from ARKit, user generated content will take the industry to the next level.

The BBC recently ran an article highlighting how AR is being adopted by EPL teams.Although the author points out that this technology is potentially the future for matchday programs across the sport, they also unintentionally point to the fact that the content created by your average user is still relatively simple because they are only using videos:

"Using free web-based software, Chris Medwell (a special educational needs (SEN) lecturer at Doncaster College and co-editor of Frickley Athletic's programme) creates a 'trigger image' which is printed on to a page in the programme and recognised by a smartphone app to play a video - filmed by his SEN students - on screen."

What the author of the article is also inadvertently pointing out is that although these self-authoring tools are free to use, the market is starting to become saturated with content that fails to push the realms of possibility, and as a result user generated AR experiences are (generally speaking) at the opposite ends of the spectrum to those created with ARKit or ARCore. Creating more end-user driven, rather than passive AR experiences, currently requires too much of a learning curve for your average user, and they tend to reach the limit of what they can achieve quite quickly.

My fear is that because everyday users are unable to produce engaging or useful content akin to ARKit or ARCore, and as the concentration of these types of experiences increases, we could be left with a situation where there is a drop in the adoption of AR by both users and end-users alike. 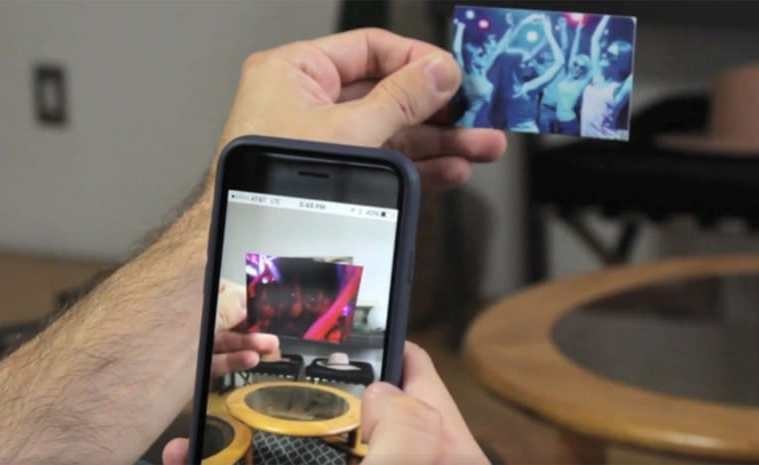 Whilst it is easy for a user to create an AR experience with a video positioned over an image,
the jump to get to the next level can be a step too far.

Why not copy the create-flow synonymous with other popular software?

In my opinion, one of the best ways for the AR industry to allow for better content to be produced is to learn how to approach the learning curve, using the example set by PowerPoint. This is a product that has been adopted by non-techies ever since it was established in 1990, and has enabled them to create beautiful and functioning presentations. Over the years, Microsoft have introduced new features to unlock creativity such as custom animations and transitions. Consequently, this software has turned potentially bland presentations into something more visually appealing, without the need for hours of training. 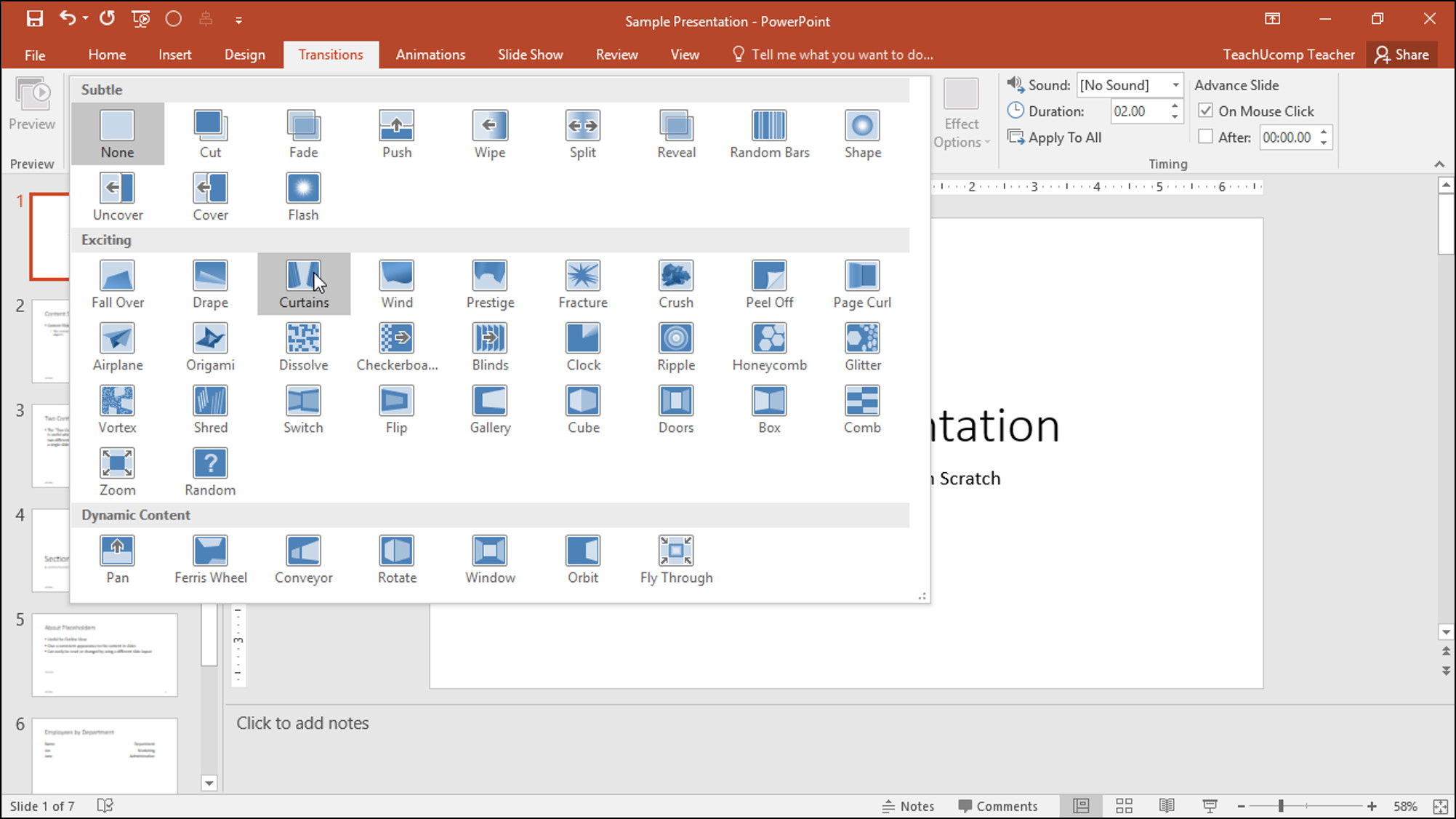 Even though new products have been produced to compete in the market,
non-techies seem to stick with PowerPoint because it is easy to achieve something pretty
and yet functional without having to go too far out of their comfort zone.
We have now reached a point where the AR market needs its own PowerPoint – a tool for non-techies that trumps all other AR creation tools, supporting all levels of user to create truly immersive AR content. However, whilst it can’t be forgot that PowerPoint has had the benefit of user feedback over a period of 27 years, this is not something that AR platforms are going to have the luxury of if it wants to stay on the map. The lessons PowerPoint can teach us about user experience therefore need to be learnt sooner rather than later.

Whilst PowerPoint offers a decent example of how creativity can be simplified for the masses, I believe that introducing gamification will be the next step to taking AR platforms forward.

We have seen Pokemon Go gamify the use of AR via an app, but how about gamifying the creation process itself?

There are several software tools out there today that use gamification to help people to grow from a novice into an advanced user, and there is one approach in particular that could easily be translated to enable users to take their AR content to the next level. DevHub introduced gamification to incentivize users, turning the building of a website into a game. They would be a good case study for AR because of the way in which they went about it.

DevHub is an online platform designed to give students a simple introduction into software development. The company implemented gamification into their platform to encourage users to work their way through the more tedious or challenging tasks that people tended to miss. When they implemented simple game-like features into their software, such as awarding badges (called devatars) for completing certain tasks, Forbes reported that the company watched the percentage of users who actually completed projects jump from just 10 percent to 80 percent.

Here are some examples of the Devatars that DevHub introduced into its create workflow: 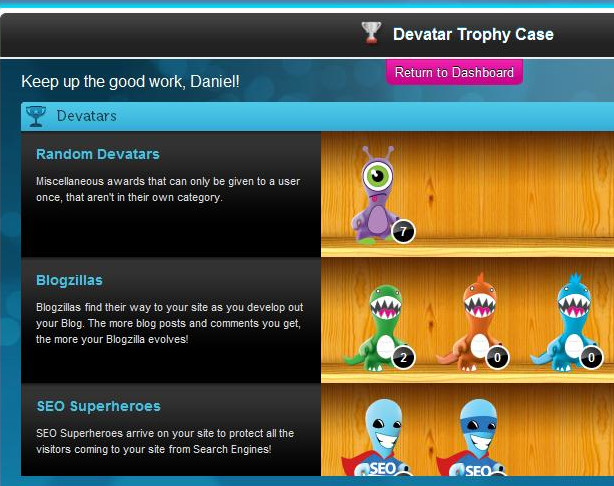 Encouraging users to build content with aspects of the platform they may have missed would work well for AR providers. For example, by translating the DevHub idea across to AR, rather than using Devatars I propose rewarding users for implementing new ways of creating AR content into their workflow by unlocking a feature. In doing so, users would be encouraged to build more immersive AR experiences, driven by the desire to get access to the next feature, with each new feature subsequently improving their AR content.

However, I am aware that although this staggered approach to releasing features may encourage participation, it would not necessarily result in an understanding of how to use each feature to its full potential. The struggle is therefore how to highlight potential features to the user, whilst understanding when it is the right time for these features to be introduced. My suggested approach therefore wouldn’t work without trusty tool-tips.

Using tool-tips is a common feature in software, and they would play a key role in my suggested gamification of AR creation. For example, once a new feature is unlocked, the user would receive a corresponding tool-tip which teaches them a way in which to apply that feature to benefit their AR content. Once an AR experience is created that utilises this suggestion, a new tool-tip appears to show the user a different way to employ the same feature. Working in this incremental way should mean that the platform would educate a user on how to handle a feature. Once all the available tool-tips have been utilised for a given feature, the next one is unlocked, thus using the new feature like dangling a carrot.

ARKit and ARCore can continue to be positive for the industry because this tech will generate the hype that augmented reality needs - but we need to remember that it is thanks to user-generated content that ARKit in particular has the prominence it has received to date.

The approaches I have outlined in this blog post are in the interest of the AR providers because if these changes are integrated into the various platforms currently available, then we should see a higher concentration of immersive AR experiences in the market. However, if AR platforms continue to present too much of a learning curve for a non-techie to produce a valuable experience, Apple and Google will quickly kill off the competition.

Ultimately, if we want AR to be adopted by everyone, then power needs to be put in the hands of non-techies too, so that they too can produce AR experiences that end-users actually want to use.