HP has struck a major deal with Chinese 3D printing company Shining 3D ePrint for 50 Jet Fusion printers. The purchase - the largest to date for HP 3D - signals an expansion in the Asia-Pacific region.

Announcing the deal on the first day of the Die & Mould China 2017 expo in Shanghai, Stephen Nigro, president of HP 3D Printing, said “No region, has more opportunity in front of it than the nearly $6 trillion Asia-Pacific manufacturing sector.” The countries in the region account for almost half of the $12 trillion market for manufacturing worldwide. 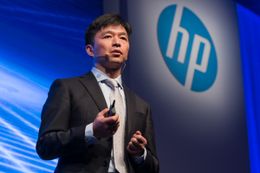 - Get the details of the announcement in the HP 3D press release.

- Understand the significance to HP in an interview of Qun Zhang, head of HP's Asia-Pacific 3D printing sales.

- Read an industry media report of the announcement in 3D Printing Industry News.