Scripting the Download and use of HP DriverPacks in MEMCM

Managing Driver Packs as Software in a MEMCM environment 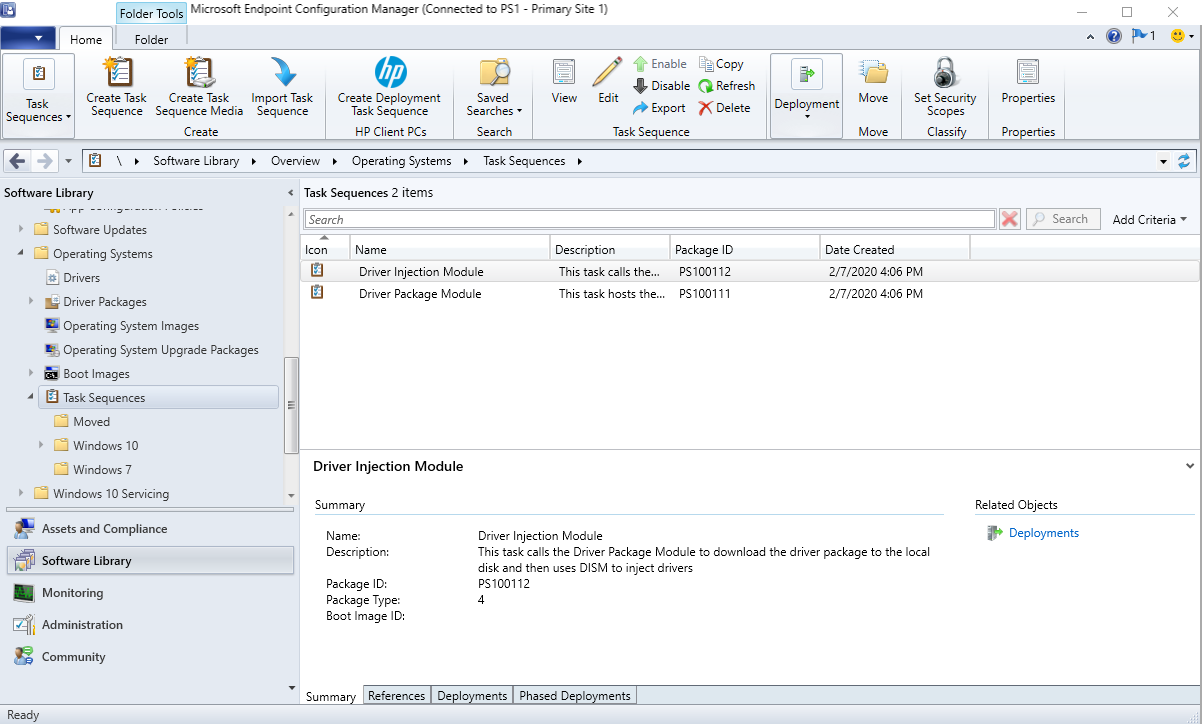 Based on Gary’s script, the technique was extended to automate more of the steps required to manage the driverpacks in CM. NOTE that in order to automate the creation and setup of the 2 Task Sequences, MEMCM version 1906 or later is required. MEMCM1906 introduces new cmdlets that we use for our purpose. Specifically, the New-CMTSStepRunTaskSequence cmdlet. 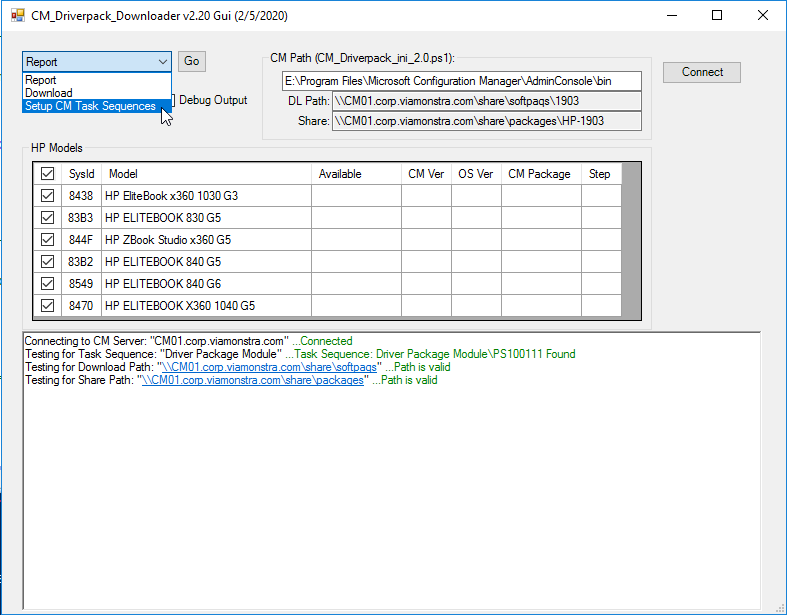 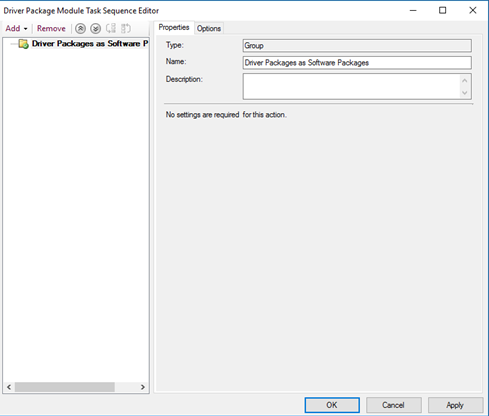 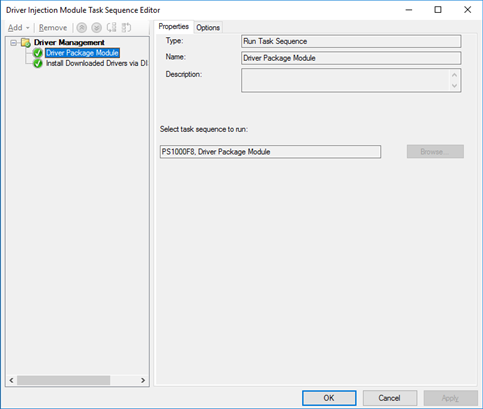 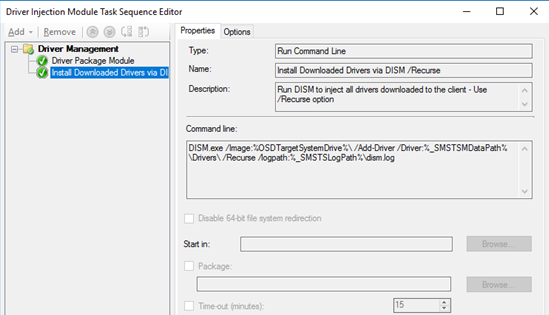 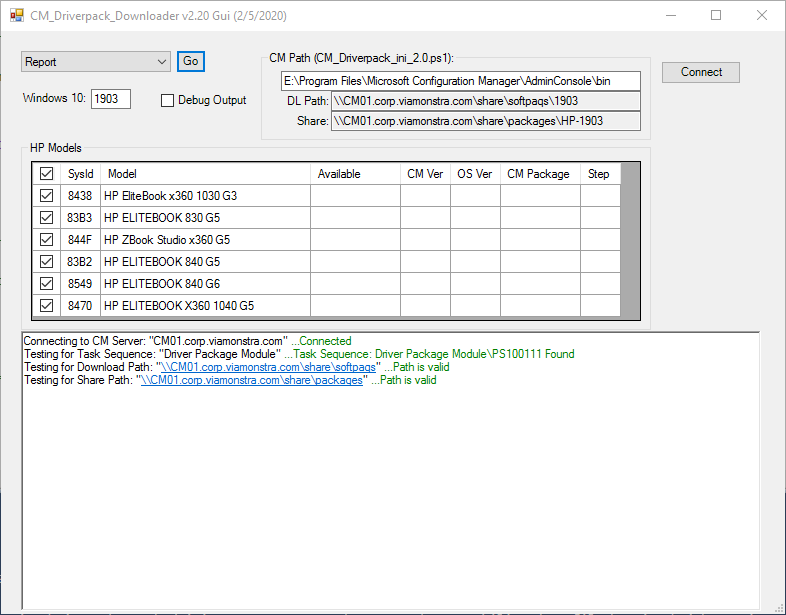 CM Ver: If already in MEMCM, what version of the DriverPack is listed in the Software Package

OS Ver: what version of the OS is in the MEMCM Software Package

When Report is chosen, for every model in the list with a checkmark selection, the script uses an HP CMSL command to find a DriverPack that matches the Windows 10 OS version. If one is found, it will show a) if the Softpaq is already downloaded and available, b) if the expanded drivers are in the correct folder in the share path, and c) if MEMCM has a Software Package associated with the driverpack. It also checks for a step in the Driver Package Module Task Sequence 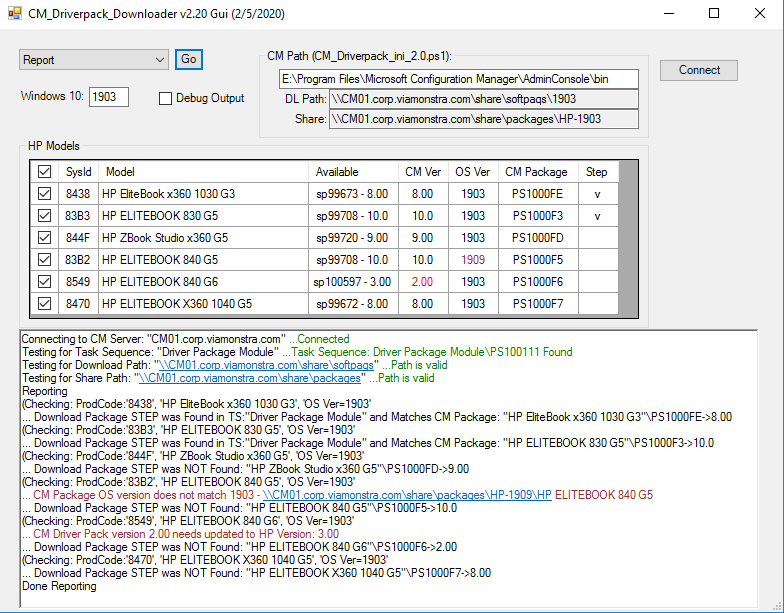 Author : dan.felman
is there an interest in having driver packages, once added to SCCM, be moved to 'folders' according to the OS version? for example, if a driverpack package points to a Windows 10-1909 version, would it make sense to move the SCCM PackageID under a 1909 folder? by default, creating a Software application package is added in the 'Packages' root folder
dan.felman

In version 2.30 ( available at https://github.com/ofelman/DriverPacks_As_SoftwarePackages ), the script enables a new feature to move/post driverpack packages in SCCM/SECM to folders named after the Windows 10 OS version it belongs to
dan.felman