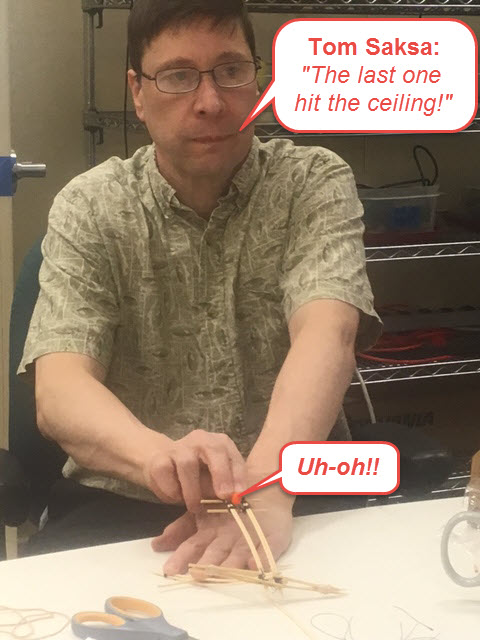 At the MakerSpace on the HP Corvallis site, Friday, April 6 was deadline day for making prototype M&M launchers. And there’s nothing like a deadline to make makers make.

HP engineers Tom Saksa, Tracy Lang, and Larry Mull decided to make their Friday lunch hour a "launch hour" and headed to the MakerSpace on the ground floor of Building 4. They sat down at a large table cluttered with bamboo skewers, string, duct tape, and rubber bands – the raw material of genius  – and set about constructing M&M launchers. The prototypes would be field tested the next morning at the Corvallis Oregon Maker Fair on the Oregon State University campus.

HP is co-sponsoring “The CO●”, as it’s called. The HP booth will feature three Sprouts, 3D printing samples, a Digital Dispenser for pharmaceutical testing, and a big screen TV playing HP videos. The HP contingent wants to bring some fun to its high-tech show-and-tell, so they will set up an M&M launching pad in an alcove next to the booth. Kids of all ages will be able to make their own candy catapults.

Before the engineers headed back to their desks, Tracy double checked that they had everything to set up for the Maker Fair: skewers, string, duct tape, a big bag of No. 19 rubber bands.

“Looks like we have everything,” he concluded, then paused. “Except for the M&Ms. I have to remember to get the M&Ms!” 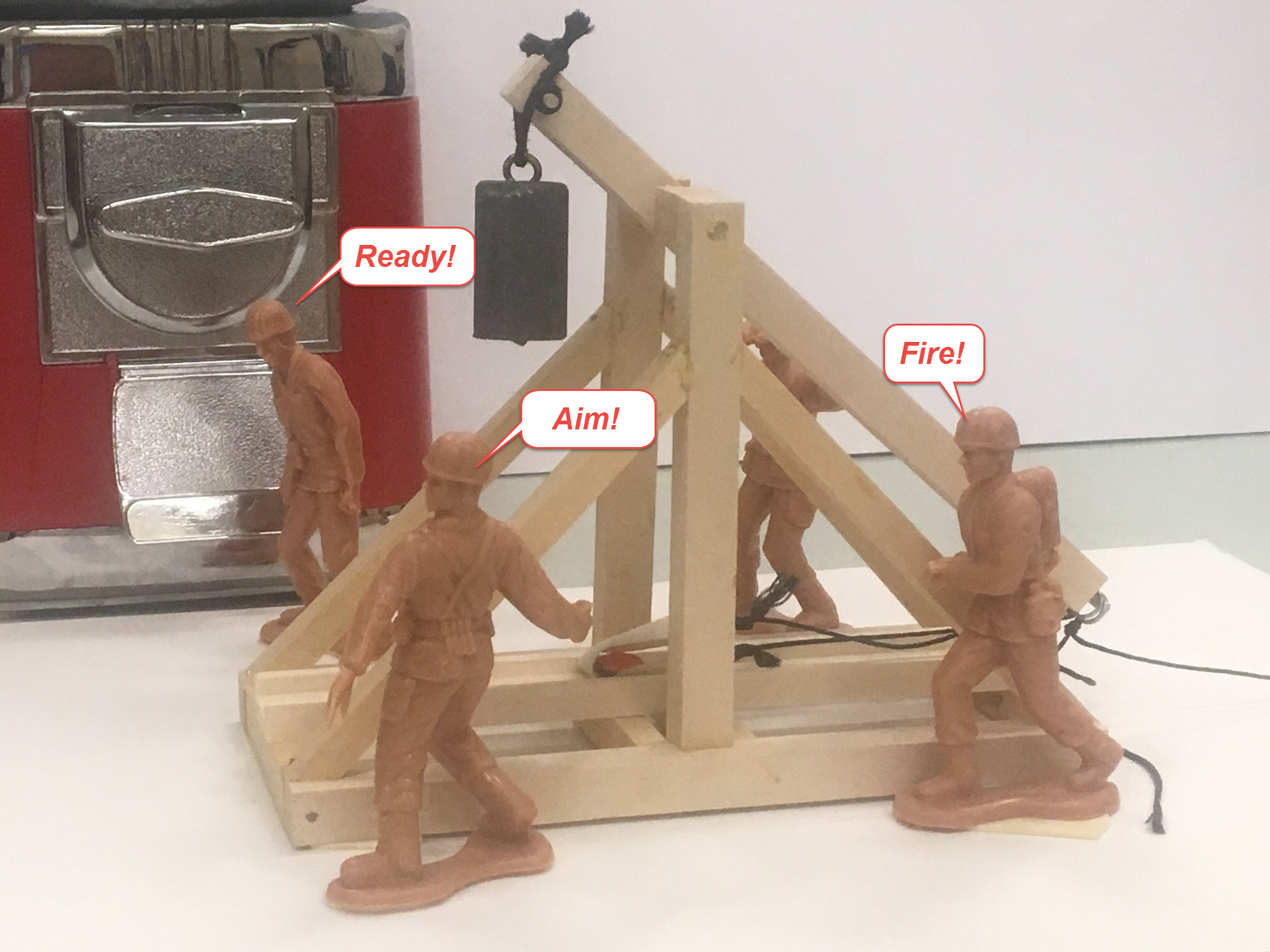