The watch and the printer: a tale of two comebacks 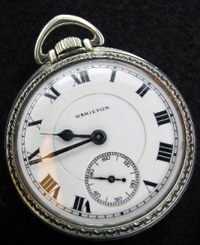 Behold the humble watch, invented in 1868. For more than a century it was the essential personal gadget – a way to coordinate and synchronize your life with the world at large. For men, gold-plated watches with jewel movements became a kind of masculine jewelry – a symbol of wealth and status.

The invention of the digital watch in 1972 changed that. Suddenly a clock could be made so small that it could fit into a pen. Digital clocks proliferated. Then computers with clocks landed on desks in front of us. Then cell phones started keeping time.

By the time Y2K ushered in the 21st century, the wrist watch was passé, its temporal tasks migrating from wrist to pocket and purse. You could almost guess a person’s age by whether they wore a watch. No watch? Probably under 30. Ask a teen the time, and they’ll pull out their phone. 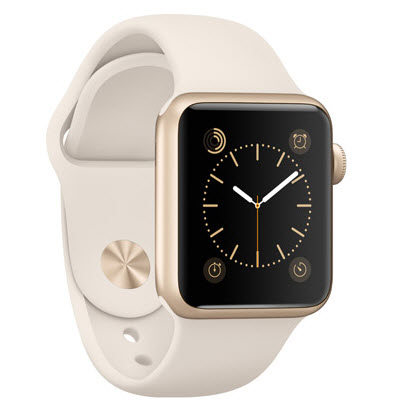 What a surprise to find that gadgets that look a lot like wrist watches are suddenly the coolest thing in technology and the hottest thing on the market, leading the charge in a new product category – wearables. The Apple Watch and Fitbits are among the top gifts on Santa’s list in 2015.

The secret to the watch’s reboot is that it now does so much more than just keep time. Smart watches connect to your cell phone, track your health and fitness, flash your family photos, launch your fav apps, reply to texts and emails, and even stream must-watch games and movies. In short, the stodgy old wrist watch got with the digital, connected program.

Like smart watches, printers are also poised for a comeback. While futurists were predicting that paper was going away, paper went digital. A QR code on a printed page can launch a link on a cell phone, but QR codes are so inelegant. So HP created a digital marking service (Link Creation Studio ) that allows images on the printed page to launch links on a cell phone. (Get the LinkReader app for iPhone or Android, and see paper’s new trick for yourself.)

Direct connection to the Internet

Also all HP home printers now have a direct connection to the Internet, so they no longer need a computer. (The printer stands alone, with its own IP address. You can even disconnect the computer and the print can still work through a wireless connection.) This means you can set up your technophobic grandmother with an internet connection and HP all-in-one printer, then send photos and emails directly from your cell phone or computer to her printer. Photos and letters land in the printer tray like letters through a mail slot. (And you don’t need stamps.)

Already on the Internet of Things

The technology world is all abuzz about the coming of the Internet of Things, in which your smart phone will link to your smart watch, your house thermostat, your car, your family photos in the cloud, et cetera, et cetera, et cetera. But futurists never mention printers. Yet 40 million HP printers are already in the cloud on the Internet of Things. This means your need never run out of ink again. Sign up for HP’s ink replacement service – “Instant Ink” – and your printer will report when it is running low, and fresh ink will be mailed to your house.

Like the wrist watch, HP printers have gotten connected. With new technology and cloud connections, the printer has potential for a host of new functions – more than HP's R&D developers could ever invent. So here at the HP Developers’ Portal we are preparing to open APIs and inviting developers to play with these new capabilities.

What will you do with 40 million cloud-connected smart printers on the Internet of Things?