HP was one of the “few businesses” that Facebook partnered with for its beta release of the Facebook Messenger platform on Feb. 8, 2016. The result of an intensive 3-week collaboration, the HP Print Bot will make it easy to print via Facebook Messenger.

Facebook's promotion for its big bot kick off included a scan card with HP in the inaugural set of bots. 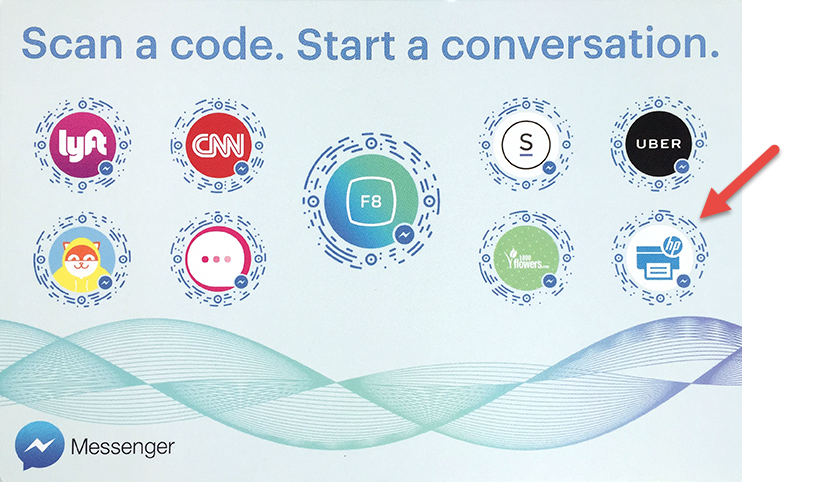 In addition to printing photos and documents, Print Bot makes it easy to add printers, print from the printer's history, and order toner and ink. 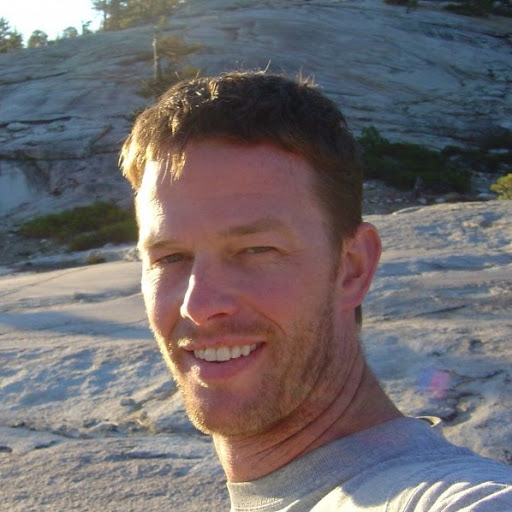 The Print Bot was built on the backbone of HP's ePrint, one of the original Internet of Things platforms. For years ePrint has allowed mobile users to email photos and documents to HP web-connected printers. The Print Bot will make it easier to print from within Facebook Messenger.

James Trask, one of HP’s Print Bot developers who created the Print Bot in just three weeks said, “Working on the HP Print Bot was a great experience. The new Facebook Messenger API is easy and intuitive to use and developing a conversational UI really helped us consider the human interactions involved in printing. Most people know how tedious is can be printing from a mobile device. By developing a friendly chat bot, we were able to reduce some of the friction and make printing from the phone more fun and easy."

James will be writing a developer-to-developer explanation of the Print Bot and its code for this Dev Portal. Watch for it in the weeks to come.

David Parry, HP Innovation Manager, explained to CNN Money, “HP built a tool that lets users print a photo by sending it to the company's printing bot on Messenger. Once a user sends a photo, the bot responds conversationally (i.e., "Hey, nice photo.") and gives printing options. Users can connect to their personal printers or send photos to locations around the world.”

Bots are in their early stages, but Parry expects rapid improvement as 900 million Facebook Messenger users put the new platform and its bots through their paces.

"Eventually, bots will be able to handle very administrative tasks in a very easy way -- reservations, hotels, banking. As Artificial Intelligence is able to anticipate needs and proactively talk to you, it'll get more exciting."

We think HP's founders, David Packard and Bill Hewlett, would have found lots of uses for HP's new Print Bot. 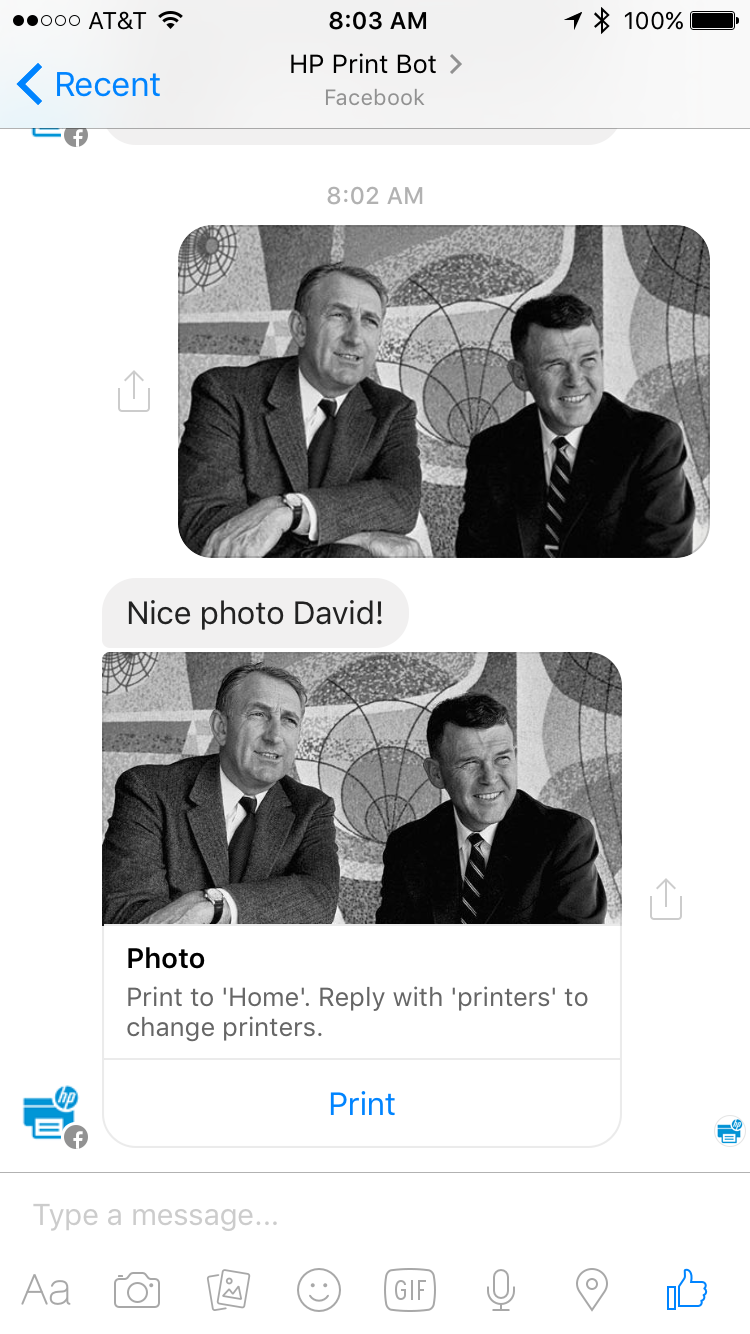 Author : TheSkipper
<p>This is cool and the flow is really smooth. You can add , delete and rename your printer and can send your prints (pics , docs etc.) right from your Facebook messenger app to your printer. It works great for me.</p>
veramit

This one helps user to print in a hassle free manner. It would be great, if you post more details about the bot, how it works internally etc... I mean from a developer perspective..
Hima Bindhu

Its really cool and very handy feature. Yet i do see issues in the current method. Its stated that you can "forward" or "add the BOt" to you group. But this can be done. Since they, i guess, a business page icant forward ietms to it. It wont show in the list since its not a friend but a business. They've added a phone number on the FB page which is a number from complete different person?!?! Also the email address on that facebook page is a person hotmail address from some one?~!?!?!? WOW thats really done, NOT!
design