One way to start using Omnicept is by checking some of the samples that we do provide for Unity or Unreal. Samples are made to use different data coming from Omnicept and display or make interactive changes with the data.

Display sample aims to provide a base UI for displaying data coming through glia.

On the unity display scene there is the main canvas that contains the necessary UI items to display all the sensor data: 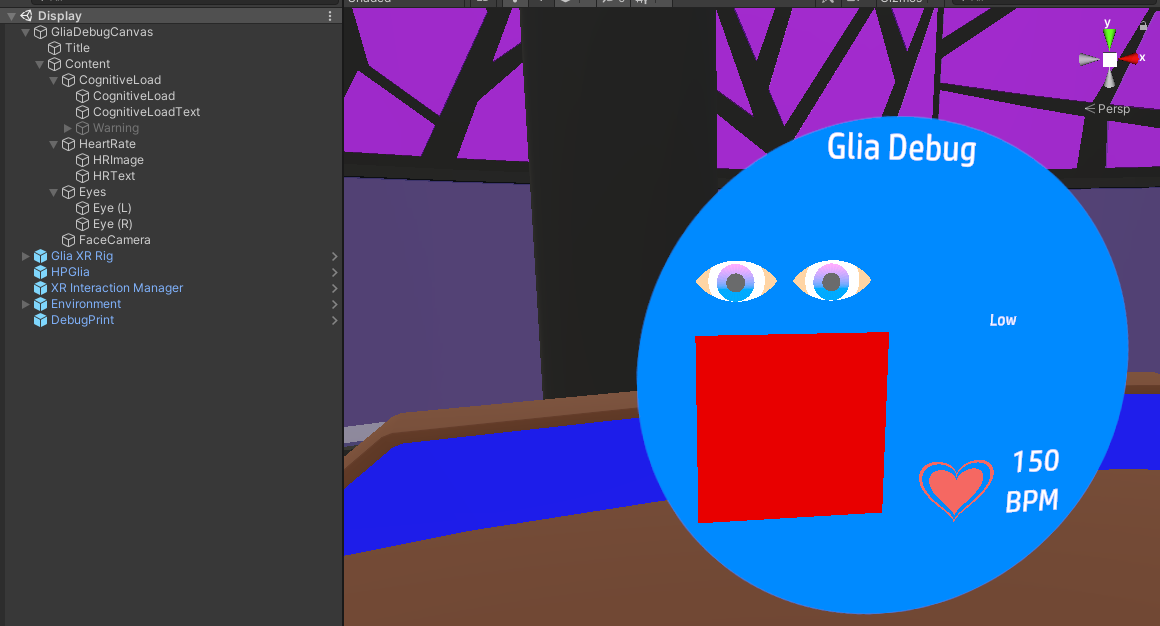 We provide some sample scripts that do use unity UI elements to display the sensor data:

Additionally, we have added a prefab called SubscriptionStatus where you can find how to check the tray app access notification status. 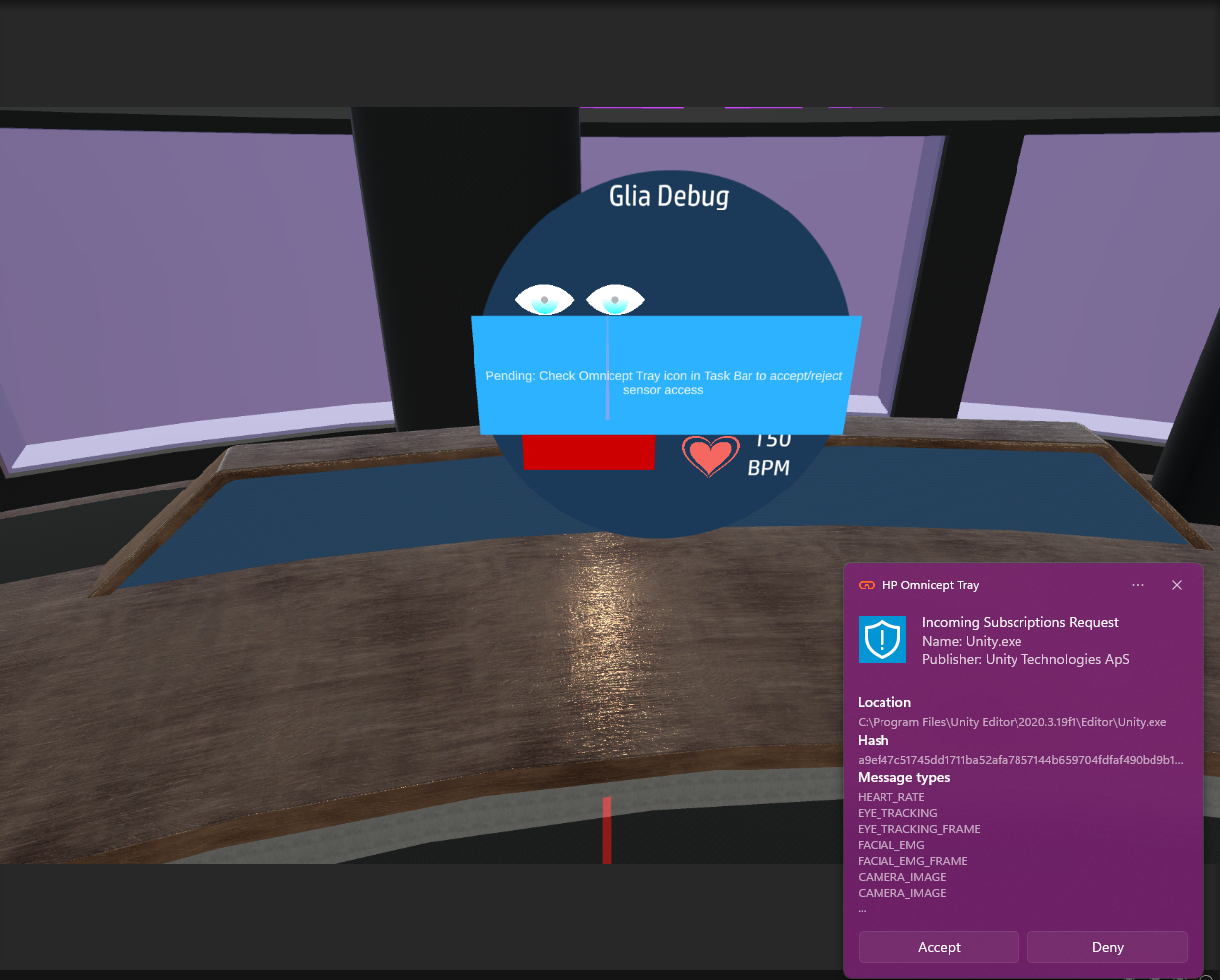 The Unreal map has a VR Pawn and an actor which holds the debug UMG as UMG needs an actor to be displayed as a 3D widget for VR. Additionally, we have a base environment so we don't let the user hanging in the void.

In order to display omnicept data, we will use UMG. The UMG for displaying the sensors look as follows:

The blueprint section of the UMG widget has all the blueprints that show how to update UI with the incoming data from Omnicept. Inside the UMG blueprints there are 2 examples of updating this data: 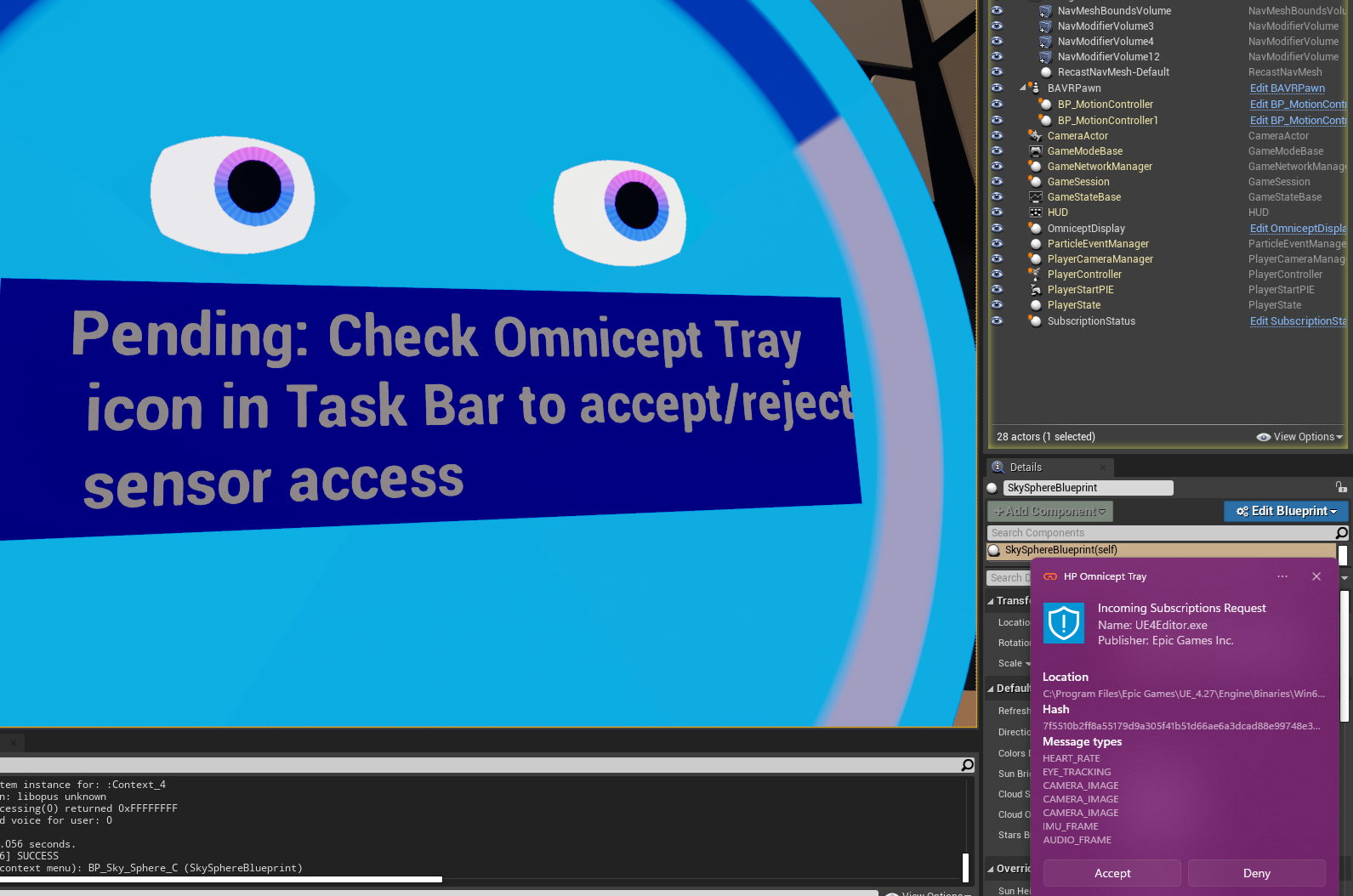 Follow aims to provide a sample on how to manipulate in-game parameters from the CL output over a period of time combined with the task result. Follow is a simple game where the player has to replicate the shown sequence. The sequence length will increment by one every time the user has successfully 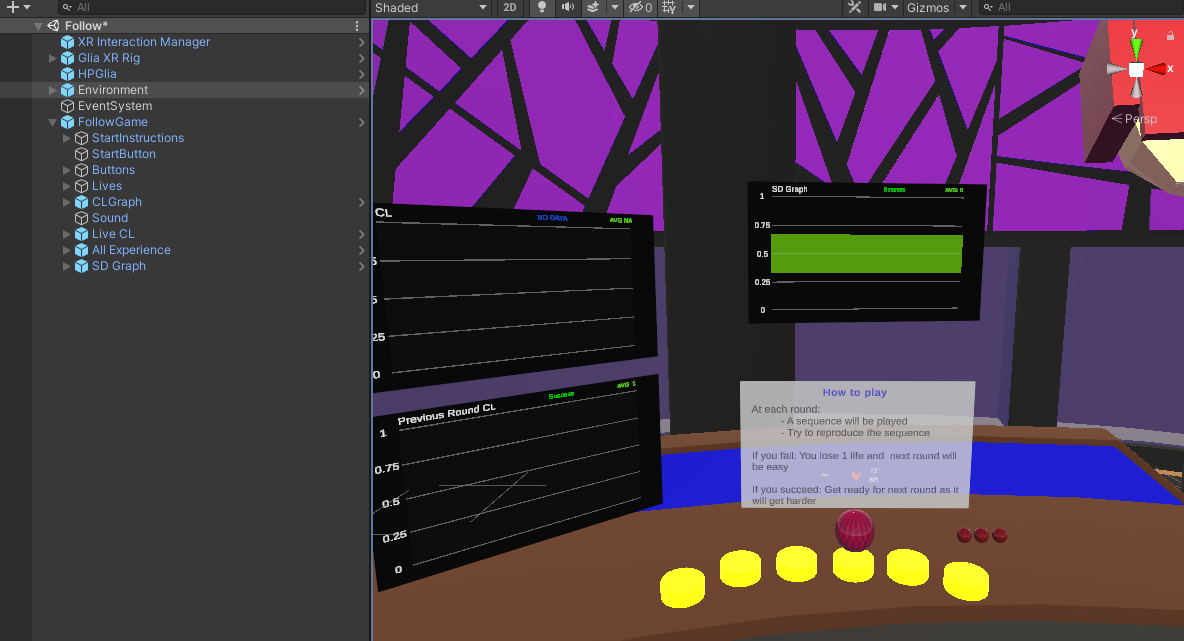 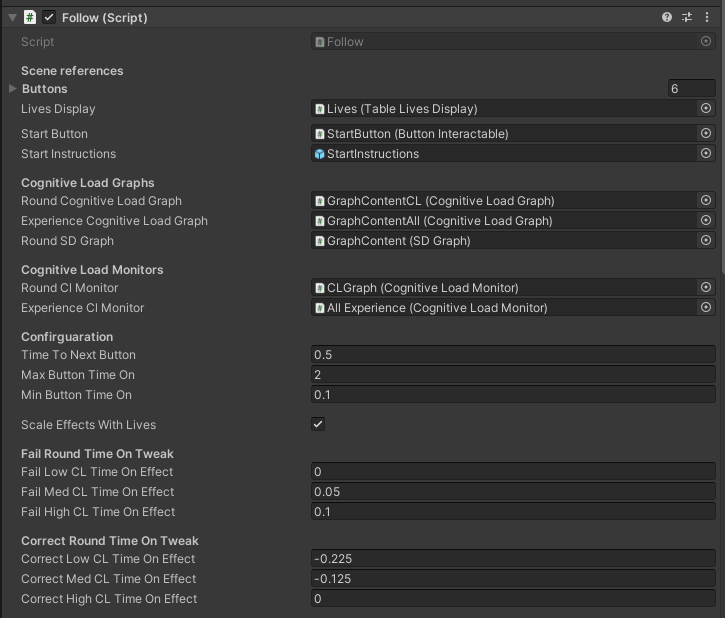